When the first prison opened at Boggo Road in 1883, it seemed that the high brick walls would be enough to prevent escapes. There were, however, upwards of 200 escapes and attempted escapes from various prisons at the site during 1883-1999.

But did anyone ever really escape from Boggo Road permanently? Although many prisoners went over the wall or through the gates, every single one of them was eventually caught and saw the inside of a cell again - if they were not killed.

Some prisoners were more persistent than others. While 'Slim' Halliday may have been called the 'Houdini of Boggo Road' for his multiple escape attempts during the 1930s-50s, there were other men in the 1980s who tried to escape three or four times. Reporters at that time wrote often about the insecurity of the new Boggo Road cellblocks, and prison officers and bosses were often unfairly criticised. This practice reached fever pitch during the 1980s and contributed to the eventual closure of the prison. 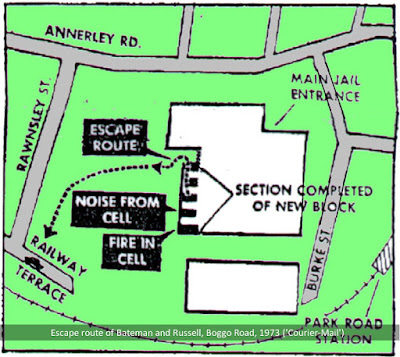 READ MORE
Back to the History Vault