The prison was located in what was was once part of Woolloongabba and is now known as the suburb of Dutton Park. This area was surveyed during the 1860s and became the site of numerous government reserves, including of course one for the prison itself. 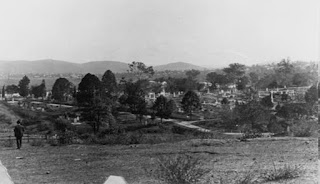 READ MORE
Back to History Vault