In January 1984, a letter was sent to Queensland Premier Joh Bjelke-Petersen. It contained a threat to spread foot-and-mouth disease in the State - via wild pigs - unless prison reforms were implemented within three months. The government offered a $75,000 reward, with the Cattleman's Union offering another $450,000, for evidence leading to the arrest of the extortionist.

The following article from the Canberra Times of 24 January 1984 details some of the issues at play in the political struggle for Queensland prison reform at the time:

The extortion threat to introduce foot-and-mouth disease to Australia's livestock was precipitated by a long-running argument over the Queensland prison system. A partly burnt-out prison, regular hunger strikes and a reactivated Prisoners Action Group are the signs of the troubles in Queensland's prisons.

While prisoners in NSW and South Australia were complaining about alleged warder brutality and security arrangement, Queensland prisoners were campaigning about more basic issues, such as cramped cells and poor food. In Queensland prisons people on remand for traffic offences have been mixed with convicted murderers and rapists. Police and court watch-houses and temporary cells are being used to house the overflow from prisons. 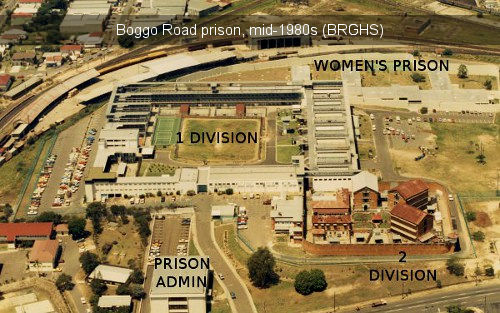 For years Opposition Labor frontbencher Mr Kevin Hooper has kept in the headlines with his revelations of practices in the prison system and warnings of trouble brewing. Last year the Government became so tired of his allegations so that it banned him from prisons by withdrawing his visiting rights as a Member of Parliament. But the issue kept simmering when Mr Mike Kennedy reactivated the Prisoners' Action Group and began compiling prisoners' complaints and publicising their demands.

Under a succession of Liberal ministers responsible for prisons, Queensland was first with some prison reforms, with weekend release and community work schemes. Queensland also pioneered motel type accommodation for prisoners in the early 1970s. But the money devoted to prisons by the Queensland Government was less than by other States in proportion to population and number of prisoners. And in recent years money for prisons and the number of cells and facilities has not kept pace with general and prison population growth.

In November prisoners at the State's largest jail, Boggo Road in Brisbane, went on a hunger strike. On the first day more than 400 prisoners refused to eat, alleging that their food was contaminated. The Prisoners' Action Group alleged that prisoners were suffering stomach cramps, diarrhoea and nausea caused by contaminated corned beef. The new National Party Minister for Welfare Services, Mr Muntz, decided to tough it out, saying the strike would be short-lived. ‘The prisoners will be eating tomorrow,’ he said, ‘The meals are all hygienically prepared and there is variety [of food].’

Next day 550 prisoners were on hunger strike and had barricaded themselves in the prison. They demanded better food and accommodation. They wanted more visits, more mail and a better system for remission and parole. Prisoners shouted from their cells to the media that they wanted condition's equal to those in prisons in other States. They wanted non-Queenslanders to complete sentences in their home States to be closer to their families and because conditions in prisons in other States were better. This is one of the demands in the foot-and-mouth extortion letter.

But like his mentor, the Premier, Mr Bjelke-Petersen, and the other new National Party ministers, Mr Muntz wanted to be tough, uncompromising and to ignore critics. He refused to discuss the problems with the prisoners and issued a statement that Mr Bjelke-Petersen, the late Sir Robert Askin, of NSW, or Sir Henry or Bolte, of Victoria, would have been proud of: ‘Let them starve,’ he said. Mr Muntz said the prisoners could continue their strike until continue their hunger strike until they starved, but he was not going to talk to them while they were on strike or give in to their demands.

But his tough attitude backfired when prisoners set fire to the jail. A dozen prisoners were almost burnt alive when the fire got out of control. Inmates of other jails, including Townsville’s Stuart Prison, which has a history of prisoner unrest, threatened to join their Boggo Road colleagues. After four days of rioting and fires, prison officers and police regained control. About 120 of the prison's 600 cells were wrecked.

Police arrested and charged 87 prisoners at Boggo Road. It was the most damage to an Australian prison since the riots and fires at Bathurst Jail in NSW. The prisoners at Boggo Road and Stuart had to end their hunger strike and give up without gaining any concessions from Mr Muntz. In fact they only hardened the Government's resolve against giving in to their demands. Mr Bjelke-Petersen said Queensland would not be introducing measures such as those for early release in NSW. He would not waste a wink of sleep over their demands.

Mr Kennedy said unrest would continue in the prisons until the Government introduced reforms. But Mr Muntz has repeatedly said he will not listen to these ‘whingeings and bleatings’. In fact he clamped down on prisoners' rights: prisoners had recently won the right to keep AM-FM radios in their cells. Mr Muntz ordered all such radios to be confiscated and destroyed after the riots.

About $I million damage was done to the jail in the riots and fires, but more will have to be spent to refurbish the jail. In the meantime prisoners have been held in watchhouses, some without facilities such as showers.

Mr Hooper and the Prisoners' Action Group say Mr Muntz has something to hide. ‘Prisons aren't supposed to be holiday resorts, but they also aren't supposed to be a chamber of horrors,’ Mr Hooper said. ‘I believe a prisoner may lose his or her civil rights in prison, but not their rights as a human being.’ Even the conservative Law Society asked Mr Muntz to make the prison trials public. But the court cases, which could add four years to a prisoner's sentence, are proceeding in secret.

The Government's determination not to communicate with the Prisoners' Action Group or discuss prisoners' problems has made them frustrated. But Mr Kennedy denies that they became so frustrated as to threaten a foot-and-mouth disease epidemic. However, the Queensland Government did not miss the opportunity to point the finger of suspicion. Queensland Police raided the houses of Prisoners' Action Group officials Mr Kennedy and Mr Mike Arrowsmith and the Catholic Commune (which houses former prisoners) and confiscated four typewriters. Ten policemen raided Mr Kennedy's house early on a Saturday morning. Mr Kennedy said afterwards, ‘They seemed more interested in political material – stuff which could flesh out the [Prisoners' Action Group] file at Special Branch.’

The extortioner turned out to be Vivian Wardrop, who was serving a life sentence in Townsville for the nail-bomb killing of a three-year-old girl in 1974. He was arrested for the foot-and-mouth threat in February 1984, but Bjelke-Petersen received an identical threat to the first in December 1984.

READ MORE
Back to Trouble and Strife

Back to the History Vault