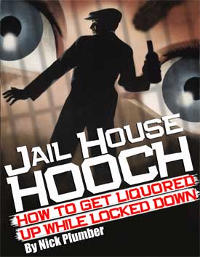 'Fortunately Boggo Road was virtually drug free during my time there. Home brewed booze was the major stimulant to be alert for. Any area where fermentation of fruit and vegetable matter was a potential brewery. The kitchens and bakery were often used and, if not actually involved, the ingredients for the brew masters were much sought after. Yeast, sultanas, potatoes, vanilla essence, metho. In one instance I was to investigate, the petrol tank of a delivery vehicle was syphoned, while the driver was plied with a mug of tea and a slice of fruitcake.' (Tom King, Boggo Road and Beyond)

Tom King served on and off as an officer at Boggo Road during the 1950s-80s, and the problem of prison brew predated this, as another officer recalled:


'Other highlights which tend to break the monotony of the place are the drinking bouts indulged in by prisoners. I have seen nearly a dozen drunk at one time on methylated spirits, which was received into the prison as turpentine, and issued to the prisoner painting around the prison; on this particular occasion he had been issued with a full two and a half gallon drum, the mistake not being discovered until they had sobered up sufficiently to explain how they had come by same; their intoxicated state was not noticed until the 4-10 roll call was held.

On another occasion, one of the prisoners... was found to be hilariously drunk when he was searched prior to lock up time. He was found to have a highly potent brew made from thinners used in the polishing shop, which he used at his work. Then there have been other cases which have come before the officials; sometimes the ingredients may consist of sultanas, currants, fermented fruit skins, fermented dried peas, sugar and whatever else is procurable to make a fermented beverage; on occasions it may be used in large quantities, but more often it is found in process of fermenting in small containers, and is removed before the prisoners have a chance to taste it (rather a disappointment for the prisoners).' (‘My Reminiscences as a Prison Warder’, 1955)

A 1996 investigation found that many officers regarded alcohol as the most dangerous drug inside prison, as the ‘side effects that cause violent episodes in many inmates are often the instigator of riots or disturbances’. Home brew (better known inside prison as ‘panther piss’) could be made almost anywhere. For example, one of the hollow metal support posts in a shelter in 1 Yard (No.2 Division) was found to have a small hole drilled in it about half-way up. Scrap ingredients would be stuffed in the hole and left to ferment, and the resulting brew would be drained through another hole near the base of the post. There was no way to tell if such drinks were poisonous until after they had been drank.

The prisons kitchens were another source of alcohol products, such as vanilla essence:


'... this could only happen from the kitchen as they used to store this product in 5 litre containers, under lock and key. Well they thought it was secured until a number of prisoners were drunk out of their minds. Other prisoners were taken to hospital to have their stomachs pumped clean of the poison.' (Steve Gage, Riots to Ruin)