Why is Boggo Road Heritage-Listed? 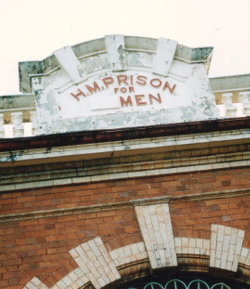 No.2 Division faced an uncertain future after it was closed in 1989. The buildings had a lot of negative connotations, and this was after all 'prime real estate' near the city. However, after a lobbying effort by the National Trust and prison officers (and the completion of a conservation analysis by Fiona Gardiner and Judith McKay in August 2001), the Queensland Government agreed on 14 December 1992 to retain it as a museum under supervision of the Department of Environment and Heritage.

The basic reasons for the listing were:
Extract from the Queensland Heritage Register:

Criterion A
Boggo Road Gaol: No 2 Division, Brisbane, is important in demonstrating the evolution of Queensland's history, in particular it reflects nineteenth century penological principals; it was erected as the first "separate system" women's prison in Queensland; and it provides evidence of evolving attitudes in prison policy. The remnants of No 1 Division are important in demonstrating both the continuity of 19th century penological principles and changes to prisoner accommodation in the latter part of the 20th century. Boggo Road Gaol is significant as part of a network of carceral institutions in Queensland which were designed to control and discipline. These institutions include mental asylums (Wolston Park Hospital [600340], Challinor Centre [601821], Baillie Henderson Hospital [601161]); lazarets (Peel Island [601091]), other prisons, (St Helena Island [600315]) and Aboriginal settlements.

Criterion B
As the only surviving intact gaol in Queensland reflecting 19th century penological principles, and as a rare Australian example of a prison specifically built for women, it demonstrates rare aspects of Queensland's cultural heritage.

Criterion D
It is important in demonstrating the principal characteristics of Queensland institutional architecture in particular, the design, style, unity of materials, and high standards of workmanship.

Criterion E
With its landmark qualities and strong physical presence as a deliberate symbol of deterrence, it exhibits particular aesthetic characteristics valued by the community

Criterion G
Boggo Road Gaol is important for its social significance as a place of confinement within the community and with those groups associated with the place, including ex-prisoners and their families, ex-prison warders and others employed within the complex.

History
Boggo Road Gaol No 2 Division was opened in 1903 as the State Prison for Women at Boggo Road South Brisbane. It was built adjacent to a male prison, which was established on the site in 1883. The male prison was later to become No 1 Division. The female prison was constructed in response to a 1887 Parliamentary Inquiry, which recommended that the "separate system" be introduced, that is a separate cell for each prisoner. The Inquiry also recommended that a female section be established within the Brisbane Gaol. Although in a diluted form, the design was based on ideas of prison planning and reform that were current in England in the nineteenth century. The State Prison for Women, with 80 cells was designed by the Department of Public Works, during an era when it was producing a large number of high quality public buildings. The designer of the women's prison is not known, but likely J S Murdoch and T Pye supervised the design and construction respectively. The complex remained a female prison until 1921, when Brisbane Prison reorganised and divided into three divisions. No 2 Division, the former women's prison, was used for the detention of long term prisoners transferred from St Helena. The female prison was relocated to a building on the southern end of the prison reserve. No 2 Division was extended to include an extensive workshop block on the eastern wall, and a tunnel was constructed, connecting this to the original men's prison, which became No 1 Division. The construction of the workshops enabled the former women's workshop to be converted to a cell block, in 1930. In the mid 1970s No 2 Division became a maximum security prison, with No 1 Division mainly being used for lesser offenders, remand and holding cells. No 1 Division buildings were gradually demolished over a period of time, commencing in 1968. This included the demolition of all of the 1880s gaol and its replacement by a series of concrete wings which formed a large quadrangle. During the 1980s, No 2 Division became the centre of prisoner unrest, which included riots, hunger strikes and roof-top protests. In 1985-86 a Visitors Centre was built adjacent to the Gatehouse. The final years of unrest precipitated the establishment of the Commission of Review into Corrective Services in Queensland. By this time the Brisbane Correctional Centre and in particular No 2 Division, with its poor conditions and lack of sanitation, were seen as symbols of all that was inadequate and deficient with the prisons system in Queensland. No 2 Division was decommissioned in January 1989 and No 1 Division closed in July 1992. Following the closure of No 1 Division all of the structures were demolished with the exception of some cells and an observation tower immediately adjacent to Division No 2.

Description
Period: Early 20th century I (1900s - 1910s)
Construction Period: 1903 - 1920s
Description: No 2 Division is a complex of brick buildings with corrugated iron roofs. The design of the prison has the cell blocks positioned according to a radiating plan and the complex is encircled by perimeter wall. No 2 Division is enclosed by a 6 m high brick wall, which contains a main entrance gate, gatehouse and an observation tower in the south western corner. The north east part of the wall was demolished when the workshops were built and this was the connection point between No 2 Division and No 1 Division. The original gatehouse was used as prisoner's accommodation and a Visitors Centre (1985-86). Inside the main gate are two buildings facing a quadrangle. The single storeyed building (former receiving rooms, kitchen and laundry) was most recently used as a library and recreation room. The building has undergone changes to its fabric and layout, including the enclosing of the verandah for visitors boxes. The double storeyed building (former hospital and offices) was most recently used as a warder's recreation area. This building substantially retains its original layout and finishes. An iron fence separates the auxiliary buildings from the three cell blocks which are arranged in a semi-circle around a parade ground. The cell blocks are three stories high, with full height central galleries. The original cell blocks (E&F) each contain 42 separate cells with concrete floors, brick walls and small unglassed window openings. The cells are connected by light iron galleries which run around each storey. Cell Block D is the converted workshop and its internal structure is concrete. The cell blocks are separated by brick and chain wire fences which form exercise yards. A chain wire fence encircles the inner perimeter and it and the outer wall define the sterile zone. No 1 Division remnants are of concrete construction.

Back to Buildings of Boggo Road
Back to the History Vault