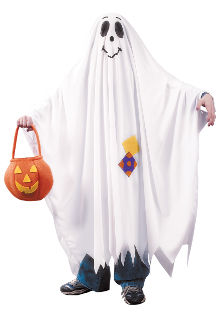 There has been an attempt in recent years to promote Boggo Road as a 'haunted prison'. This focus on ghosts is entirely the product of business people in the 'paranormal industry' attempting to convince paying customers that certain places are 'haunted'.

As the ghost-tour business model is entirely dependent on the perception of places actually being haunted, this has led to very dubious stories being circulated. This has the unfortunate tendency to undermine intelligent interest in the genuine human history of a place.

It is now clear that Boggo Road ghost stories are unreliable (to say the least), and in some cases demonstrably false. In addition to this, the notion of 'old haunted prisons' has become a tired cliché reliant upon juvenile popular culture and the 'aged' architecture and atmosphere of these places. This is despite the fact that, if there was such a thing as 'ghosts', they would be no more likely to turn up in a prison than anywhere else where people had died.

This is not a question of whether 'ghosts' exist or not - although to claim the existence of something would require an accepted scientific definition of what that something actually is - this is a question of misleading business marketing.

The recent television-inspired fad for 'ghost hunts' - based on the use of obviously fake 'ghostometer gadgets' - has also proved problematic. Such activities have not only been scientifically discredited, but they are clearly disrespectful in a place where people have committed suicide or been murdered within living memory. This list is a reminder of those people. Relatives of the deceased have strongly expressed their opposition to commercial 'paranormal industry' activities inside Boggo Road. This led to the Queensland Government taking the welcome step of banning ghost hunts at the heritage prison in 2015.

Hopefully other Australian heritage sites will follow suit and also ban these unethical and fraudulent activities.

The articles linked below demonstrate some of the problems in the local paranormal industry.

READ MORE
Back to Mythbusting
Back to the History Vault